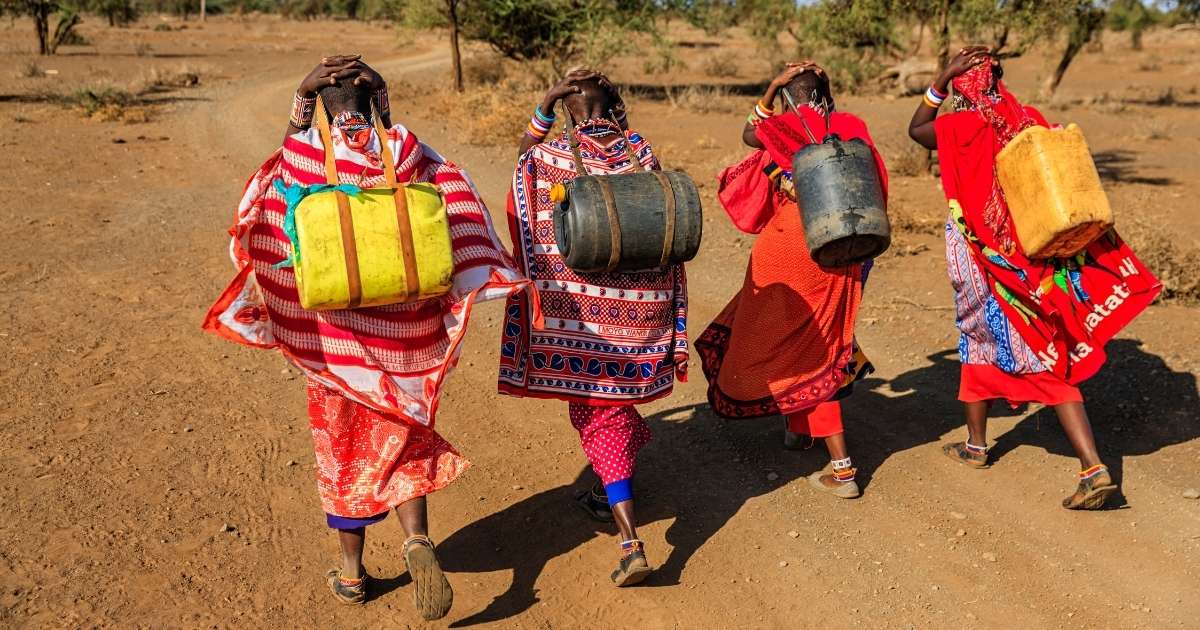 Female empowerment is often thought of as a critical aspect of achieving gender equality. Gender equality has been one of the UN’s greatest priorities for a few decades now: the organization has given it strong consideration in the Sustainable Development 2030 Agenda, in the Millennium Development Goals established in the year 2000, and in the still relevant Beijing Platform for Action from 1995. Worldwide, progress has been made, but Sub-Saharan Africa still remains one of the regions further behind in terms of gender equality and related issues affecting women.

According to a recent report by the UN, the region has the highest rates of child marriage (35%) and the average marrying age of women is one of the lowest in the world, at 22 years of age (United Nations 2020). Decision-making is a big issue in some countries: in Mali, Niger, and Senegal, less than 10% of married or in-union women can make their own decisions on sexual and reproductive health care (United Nations 2020). Education is one of the areas where inequality is the most evident: on average, 44% of women have never attended school while only 30% of men in the region have never attended school (United Nations 2020). There are also significant gender inequalities in literacy: the region has the widest gender disparities in adult populations, in which the literacy rate is 73% for men and 59% for women (United Nations 2020). There has been some progress in other areas, but it has not been significant and varies from country to country. At a regional level, sub-Saharan Africa is still far from achieving gender equality, as the aforementioned statistics illustrate.

When it comes to gender equality, tradition and societal norms in the region make progress a daunting task. Moreno Ruiz suggests some of the aspects of sub-Saharan African society that hinder gender equality. In regards to reproductive health, she argues that there is a widespread lack of economic and educational empowerment that stems from the shortage of quality and affordable family planning services and poor sexual and reproductive health education (Moreno Ruiz 2020, 377). These are things that, through effective government and grassroots action, could potentially be solved.

Data shows that more advanced countries in terms of gender equality experience greater declines in fertility (Kritz & Gurak), suggesting that the aforementioned measures would be effective in empowering women and progressing towards equality. Other issues that prevent gender equality, however, are deeply rooted in sub-Saharan African society and are harder to address, for example, gender-discriminatory family codes (laws), child and forced marriages, female genital mutilation, criminalization of abortion, victim-blaming in cases of sexual violence, and social pressure to endure mistreatment from intimate partners (Moreno Ruiz 2020, 377).

Cultural norms around the family structure are of special concern to women’s empowerment since they determine many of the opportunities women are able or unable to have, whether that is in decision-making, education, employment, or other issues. In comparison to women in southern or western Asia, women in Sub-Saharan Africa benefit from a relatively higher economic status (Kritz & Gurak 1989, 100). Women in Sub-Saharan Africa enjoy some economic independence that stems from “the traditional practice of wives receiving land from their husbands' lineage to grow [...] crops” (Kritz & Gurak 1989, 100) and from the fact that many women trade items, earning an additional income. However, when it comes to reproduction, African women have less autonomy than most Asian women due to patriarchal social structures.

African women don’t see family-size decisions as one of their rights due to the traditional African family system where the husband and his lineage make those decisions. This lack of say in decision-making is not limited to reproductive matters. It is present in all aspects of family life, as Dibie & Dibie comment: “in general women have become the victims of society while men play the role of political control and major decision-makers of the state and family” (Dibie & Dibie 2012, 97). Family structures also come into play in the economic disempowerment of women. Women are the pillars of the African family and are seen as essential for the wellbeing of all family members (Dibie & Dibie 2012, 107-108). As Moreno Ruiz suggests, their role within the family is one of “altruistic family caretakers” (Moreno Ruiz 2020, 374). This narrative contributes to the type of opportunities most family-oriented women seek and obtain, often in agriculture and other poorly paid and valued occupations.

Although social and cultural dynamics certainly play a role in preventing female empowerment, the way NGOs and governments approach women’s empowerment is also an issue in many cases. Oftentimes, international institutions or organizations based outside of Africa bring “female empowerment” to the region in a way that, although perhaps adequate for the so-called Western world, clashes with the cultural norms of Africa. Especially when it comes to NGOs, they often don’t address the needs of grassroots women because they are dependent on external funding and have to respond to the ideas and solutions proposed by donors. Moreno Ruiz notes that modern notions of feminism are often rejected in African countries because they are deemed as associated with destructive radicalism or foreign ideologies (Moreno Ruiz 2020, 371). She also asserts that concerns about gender inequality are sometimes ignored because they are thought to be “Westernized” concerns (Moreno Ruiz 2020, 371). The implementation of gender agendas by NGOs does not necessarily result in female empowerment if these agendas are not adapted to the specific needs of the communities served by the organizations (Jasor 2016, 695).

Many development discourses and practices are guided by Western liberal views of empowerment that are not effective in some of the local contexts in which they are applied, such as those in Africa. Efforts and initiatives to empower women in Africa should be based on an understanding of women’s place within society and the cultural norms that rule the region, so that action and policies can be tailored to the specific context of the region. Just as Jasor suggests, NGOs should analyze the place-specific social relations of gender and transform their projects/ideas/organizing to “advance the feminist agenda but also decolonize civil society’s endeavors in the Global South” (Jasor 2016, 707).

In the context of contemporary Africa, some of the most important trends influencing gender relations, narratives, and action in the region are the following: (1) depoliticization and technocratization of debate and action around gender equality, (2) increase of identity politics and religious discourses opposing gender equality, (3) rise of hyper-masculinity and authoritarian models and discourses in global politics and (4) the hegemony of economic and economist imaginaries marginalizing other perspectives from the development and human development discourse (Moreno Ruiz 2020, 381). These have to be taken into account by government and NGOs in order for progress in gender equality to be achieved and for development practices not to be dominated by Western notions of empowerment.

Action should also be oriented towards challenging and dismantling the damaging societal norms that hinder women’s empowerment, which was amply described before. However, since breaking down social dynamics and cultural tradition is not an easy task, the main focus of stakeholders interested in empowering women should be in adapting their initiatives to local needs and contexts so they are more successful in actually empowering women.

Rasa Motiejunaite commented on General outlook of female empowerment and gender equality in Sub-Saharan Africa 2021-12-17 14:48:38 +0100
THE FUTURE IS FEMALE❤