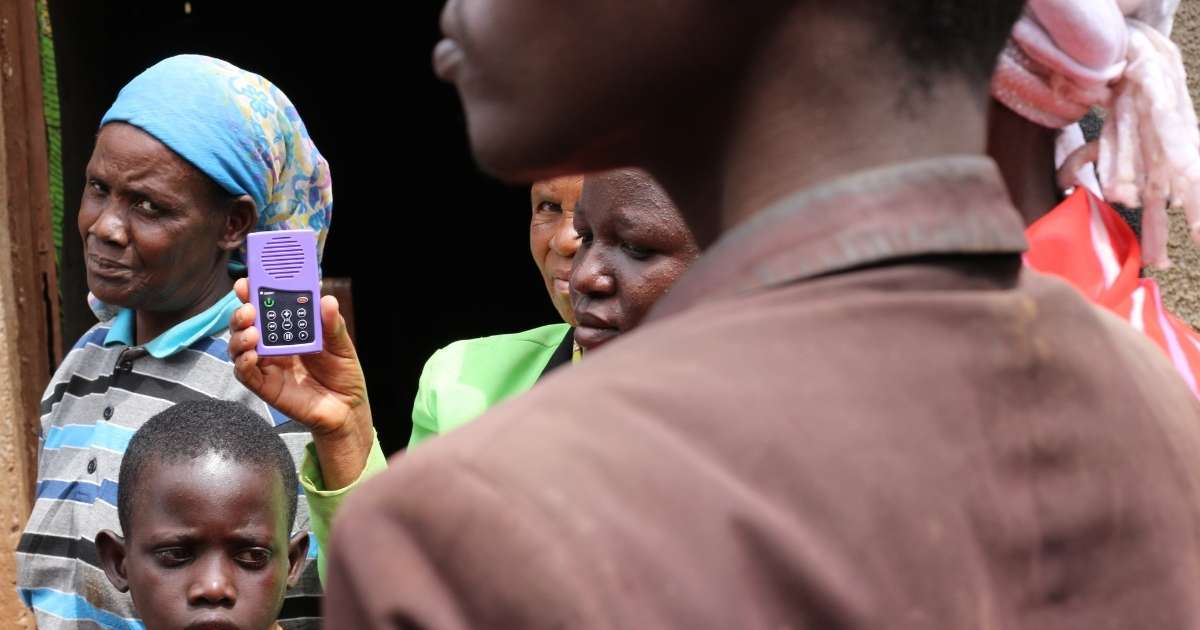 As in many other developing countries, there are hardly any trained professionals for mental health care in Rwanda. Especially for people living in poverty or far away from urban centres, there is therefore no or hardly any suitable help. As a rule, many mentally ill people cannot be adequately supported.

The aim of this project was to evaluate the effectiveness of a technology-based, low-threshold psychological intervention to improve the mental health of participants in self-help groups. The process and methodology were designed from the outset to be easily replicated in other rural areas of Rwanda. The main objective was to empower people with mental disorders and psychosocial disabilities.

A total of 103 former patients of the Ndera Neuro-Psychiatric Hospital suffering from mental disorders participated in this project. They were offered an extended programme that included group activities such as gardening, followed by psychoeducation sessions on various topics.

Participants were encouraged to form self-help groups (12 people each), which then planted their own vegetable garden together. Each of the groups was also given an MP3 audio player with selected health content in the local language (Kinyarwanda). During regular weekly meetings over a period of 6 months, the participants first worked on their kitchen garden and then listened to the topics on the MP3 audio player (e.g. epilepsy and its treatment, depression, feminine hygiene, medication adherence, etc.).

At the end of the project, the relapse rate among the mentally ill members of the intervention groups had decreased by an average of 95% because awareness of mental illness had been raised among the patients and their family members. In a qualitative analysis, participants in the intervention groups reported benefits that could be summarised in seven themes: (1) emotional support in coping with the stresses of living with mental illness; (2) increased social integration through networking and social contact; (3) reduced stigma; (4) secure network and source of hope for recovery; (5) improved self-acceptance and self-esteem; (6) increased commitment to their own economic development; and (7) improved skills and knowledge about mental illness.

As a result of the project, patients' nutrition has also improved. By establishing kitchen gardens, the beneficiaries became role models for the whole community and reduced stigma and discrimination throughout the community.